Writing on the Skift global travel industry website, Icelandic author Kristján Sigurjónsson presents an interesting, in-depth article on how Keflavik International Airport in Iceland is finally adding domestic flights . . . eliminating the necessity to travel all the way into the capital for a domestic air transfer.

“One would be hard pressed to find another international airport where almost no domestic flights are available,” writes Sigurjónsson, “and judging from passenger statistics the sharp increase in visitors to Iceland has not transferred into the domestic flights sector. Rather, the years between 2011 and 2015 saw an 11% decrease in domestic passenger numbers, even at a time when the number of visitors shot from 540.000 to 1.3 million.”

However, the author goes on to say that change is imminent. Air Iceland, an Icelandair affiliate, announced that from the end of February next year (2017), it will offer up to six flights a week between Keflavik Airport and Akureyri on the island’s north coast.

“This improvement in service will open up the possibility of getting a domestic flight in connection to an international flight,” Sigurjónsson adds. “This way a passenger traveling from New York to Akureyri could in fact be checking in to his hotel in Akureyri sooner than the passenger traveling straight to Reykjavik, since the drive from Keflavik Airport to Reykjavik takes roughly the same time as the flight to Akureyri.” 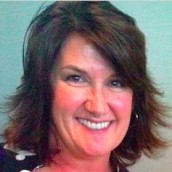 During more than a quarter century in the business, Jane Behrend has earned a worldwide reputation for the energy, insight and innovation she brings to the international travel arena.
More Information About Jane Behrend